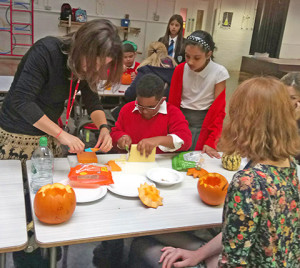 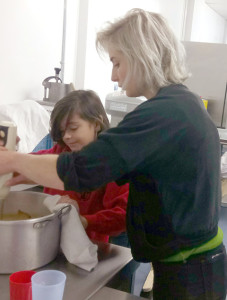 This week in preparation for Halloween, we have been delivering sessions in three primary schools in three North London boroughs. The sessions are part of the Pumpkin Rescue campaign, raising awareness about food waste through looking at pumpkins that mostly get to landfill post Halloween. 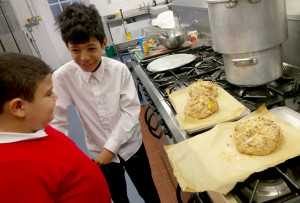 For each of these we had a group of pupils and parents in a very orange session which was also very culturally diverse. On the menu was an Irish pumpkin soda bread with pumpkin soup. We made the most of the inside of the pumpkins that the kids then took home to finish carving for their Jack-o-lanterns.

In Eat Club tradition, each session ended with a feast with both kids and parents enjoying together the fruits of their labour.

The session in West Green Primary was also featured on the ITV London news at 6. This was especially good fun for the kids who were keen to be part of the ‘breaking news’.