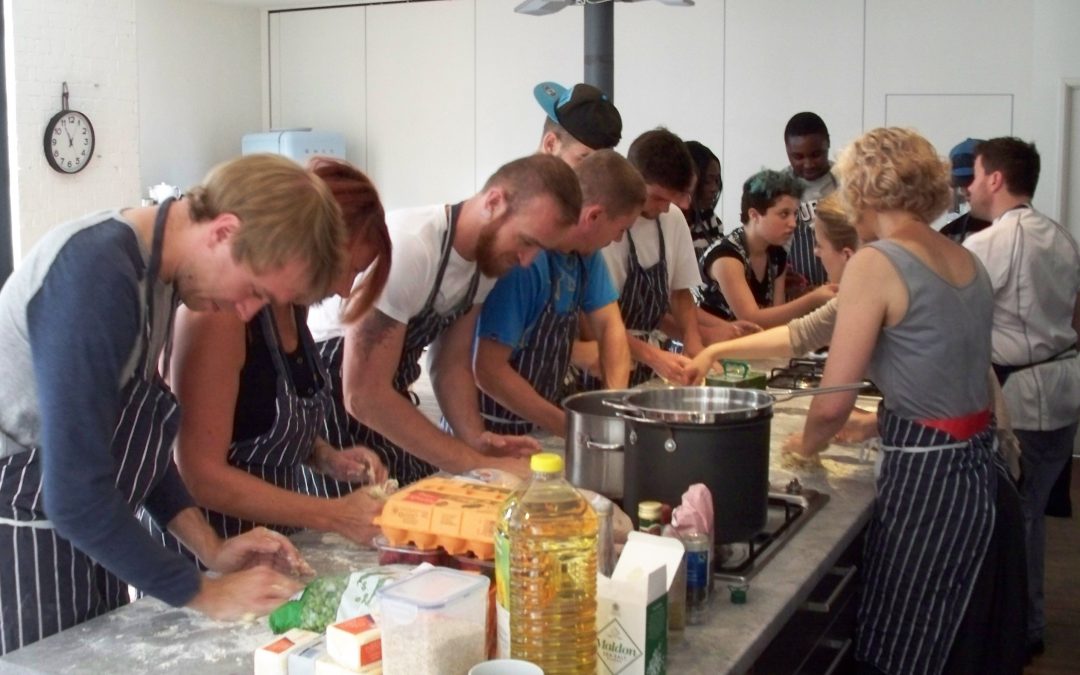 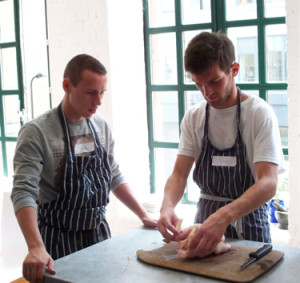 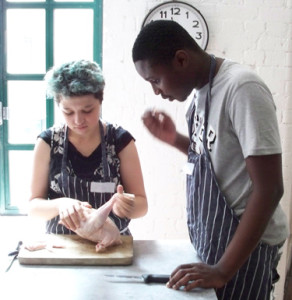 The course in Grays culminated in a visit to Jamie’s Fifteen restaurant in London. The Fifteen apprentice programmeincludes an outreach programme that aims ‘to deliver a flavour of Fifteen to schools, youth groups and individuals with a view to spreading a passion for food and cooking, as well as signposting young people to opportunities within the restaurant industry, including (the) Apprentice Programme.  This is achieved through inspirational talks, workshops, short courses and taster days in the Fifteen kitchen.’
A majority of the young people who had been attending the course had travelled to London on the day for an intensive day of learning, cooking and eating. After a short tour of the restaurant, all participants went upstairs to the training kitchen. Following a short introduction the food preparations began. Similar to what they had been doing during the Eat Club course by using only easily available ingredients a three course meal was cooked.  The highlights of the cooking experience included preparing raviolis from scratch including the ricotta cheese that was used for the filling. Chicken butchering, preparing mayonnaise and meringue were also firsts for the group that participated with great enthusiasm. 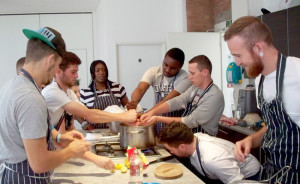 The session culminated in an Eat Club style meal enjoyed by all and a group photo at the film studio. One of the group members was so inspired by the day he decided he would like to pursue a career in food and was offered help to get into the Apprentice programme. All in all it was a great day, both fun and rewarding! 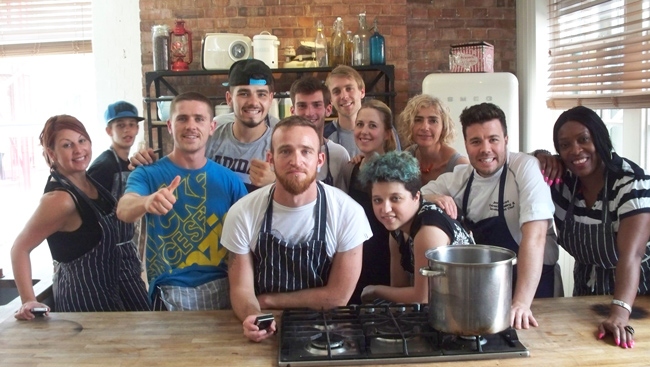