Lockdown ends our sessions in the Peabody Hugh Cubitt Centre 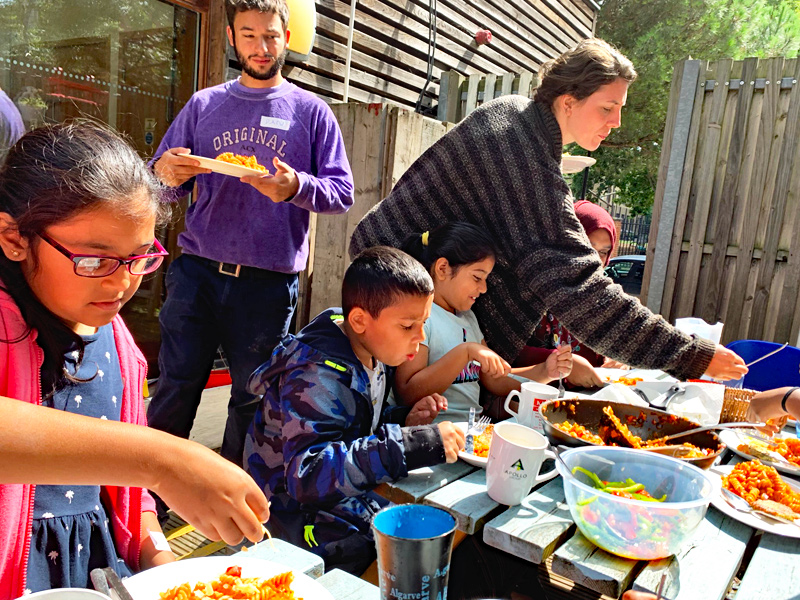 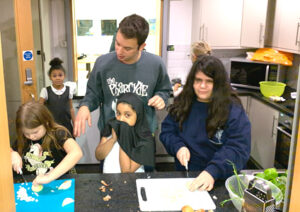 The March 2020 lockdown, saw the end to our sessions in the Peabody Hugh Cubitt Centre, in Islington. After running weekly sessions in the centre in partnership with the Math and English Turkish tutoring group, our funding came to an end. Towards the end of the project it got so popular, that we were inundated with participants and on some occasions had to turn some away for coming into the kitchen. We always had enough food to feed the growing, hungry group!

We made a difference!

Dan, our session leader reflects on four participants who stood out to him during the project:

A pair of twins from a Caribbean background aged 11 joined the sessions early on and came quite regularely. They were very fussy eaters at the start. One of them would never eat onions and the other had a general dislike of vegetables, preferring cheesy, fried and brown food. Through building trust with the session leaders and assistants and engagement from start to finish with the sessions, their desire to test their own likes and dislikes ensued. As their confidence grew, they overcame previous dislikes and tried onions and other vegetables they had never eaten before. They left the cooking sessions with a greater curiosity about exploring and tasting a variety of foods that they had previously never considered eating. 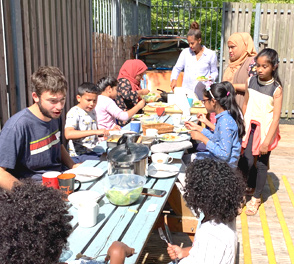 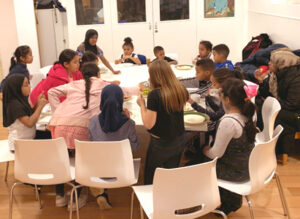 A 15 year old Turkish girl with a degree of social anxiety was keen to learn how to work in a kitchen without having much prior cooking experience. Her knife skills were quite poor at the start as well. Though the course of the project she developed a sense of group trust with the other young people and gained tremendous confidence from being an older participant. Her knife skills greatly improved as did her kitchen appliance know-how. As a more mature participant, she ended up guiding and supporting younger people in the learning process, before sadly sacrificing her involvement in the cooking sessions in favour of revision for her upcoming GCSE exams.

Another participant, a young Turkish boy, had no cooking experience when he joined and was quite shy. However, he was extremely attentive to the instructions and open to guidance during the cooking sessions. As he participated regularly in the sessions, he became much more outgoing towards other participants. He would leave the kitchen at the end of the day with an infectious smile, full of pride in his new found abilities and the food he created that he was able to devour.